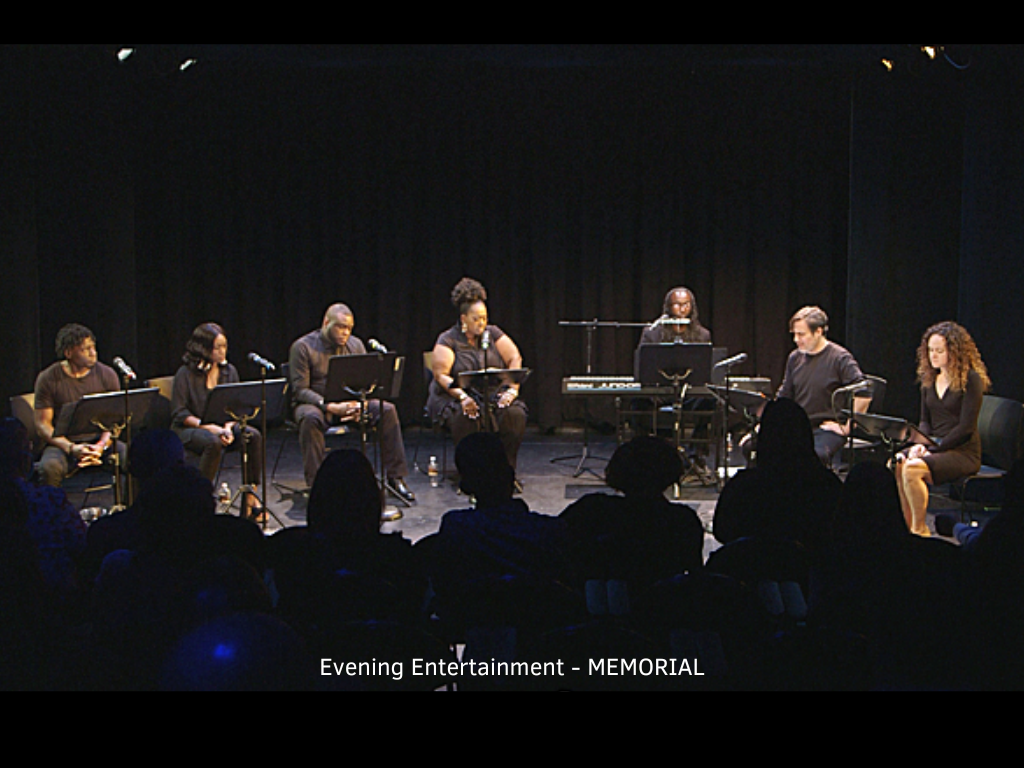 AE Online participants are invited to join on-line those participating in Birmingham for a live performance of Memorial on Thursday at 8:00pm CST.

At the National Memorial for Peace and Justice in Montgomery, AL hang 805 steel rectangles representing each of the counties in the United States where a documented lynching took place. There are 4,400 names listed. On the pillar for Jefferson County, Alabama, the county in which Birmingham is located, there are 29 names recorded of lynching victims from 1883 to 1940. The play, Memorial, seeks to put flesh, heart and soul to these names. The play includes traditional music of the time to share the story of the trauma for the families and loved ones of the victims. Troy University Theatre Professor and Birmingham native, Quinton Cockrell, wrote the play, Memorial, where it had its debut at the Red Mountain Theatre in Birmingham in 2021. From the playwright, “One of the issues that’s at the center of the play is that we can’t just move on from this. It did happen a long time ago, but these people deserve to be remembered, and the fact that this happened needs to be remembered because we need to make sure that the attitudes that lead to it don’t crop up again,” Cockrell said. “A point I really try to make in the play is that it’s not just about white people did this to black people, but the kernel that caused this kind of inhumanity is in everybody—it just takes the right conditions to bring it out. This play is powerful. You will not want to miss it. The play is being performed by actors and musicians from the Red Mountain Theatre Company in Birmingham, and its performance is made possible by a grant from The First Presbyterian Church, Dunedin Fl, Dana Beck Fancher Missions Committee. Be there to experience their stories and SAY THEIR NAMES!