Catching Up with Scholarship Recipients

Val Murphy Scholarships are financial awards given each year to allow persons to attend APCE’s Annual Event. The scholarships are given to honor E. Valeria Murphy, former APCE Cabinet member who served as an educator in a Presbyterian church from 1947 to 1963. Val Murphy was a pioneer for minorities in Church education, so it is fitting that scholarships in her name encourage cultural diversity, with preference given to minority persons serving in educational ministry in their local churches.

This month, we catch up with a few previous Val Murphy Scholarship recipients. 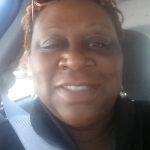 Doris Evan’s first encountered APCE when she began working toward Enrolled Educator Associate certification. She was working on an Associate degree in Business at Cleveland State University and was active in the Sunday School and Women’s group at her church in East Cleveland, Ohio. She was able to take several certification courses at nearby Pittsburgh Theological Seminary. Martha Miller, Educator Certification Manager for the PC(USA), told her that she could also take courses at APCE’s Annual Event which could allow Doris to streamline her certification process.

Doris applied for and received the Val Murphy Scholarship, along with funds to cover the cost of a certification class. These allowed Doris to attend her first Annual Event. She earned Enrolled Educator certification and a Bachelors degree in business in the mid-2000s. These achievements launched Doris into deeper involvement with her Presbytery and Synod. She served on the Development and Redevelopment Committee in the Presbytery of Western Reserve (Greater Cleveland) and was Moderator of the Synod of the Covenant, all the while continuing to volunteer in Christian education activities with First Presbyterian Church of East Cleveland until they closed.

Doris notes that the relationships formed at APCE Annual Events have continued to inspire her and draw her back to the gatherings. People like Diane Wright, Judy Ferguson and Deb Foster have been long-time mentors. She says, “I think it’s important to keep up with relationships that have been instrumental in my ministry development.” In addition, Doris has stayed in close communication with Martha Miller regarding additional Educator Certification efforts.

Initially, Doris planned to work toward Certified Christian Educator status, and she knew that these would require that she continue her studies in graduate school. Instead of pursuing an MBA at Cleveland State, she began exploring seminary education and an MDiv. The coursework would support her Certification efforts while also deepening her biblical, theological, and pastoral foundations. She enrolled at Louisville Seminary, where she graduated with an MDiv in the Spring of 2018.

In the year since graduation, Doris has been in a CPE Residency program with the VA hospital in Louisville. She remains active in the Presbytery of Western Reserve, having served in summer pulpit supply for her “new” home congregation in Willoughby, Ohio. When she completes her residency in Louisville, she will take on a Chaplain Fellowship in Mental Health with the VA in Cleveland.

When asked about her ministry trajectory since she first attended Annual Event with the Val Murphy Scholarship, Doris admits that she’s been on a winding path. “I’m still trying to figure out where Christian Education and Mental Health work will fit in my call.” She knows that she wants to keep her hands in both areas of ministry.

Doris hopes to attend the Annual Event in Little Rock in 2020. She admits that there’s “nothing like being around Christian educators – APCE is always an awesome experience.”