Catching Up with Past Educator of the Year Recipients 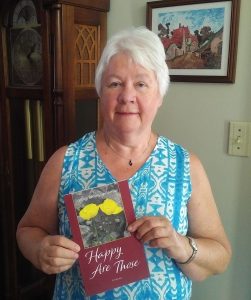 Dorothy Brown Henderson, APCE Educator of the Year 2005, sought to reinvent herself in retirement. After serving as a long-time educator in the Presbyterian Church in Canada and authoring resources and curricula for church programs, Henderson is now a full-time novelist. “I love the writing life. It really suits me.” The daily rhythm of immersing herself in her writing each morning, followed by lunch with her husband, and revisions in the afternoon are a clear departure from her busy days in church and denominational leadership.

“I’ve always valued stories as a medium for conveying meaning, love, hope, and joy,” Dorothy remarks, adding that Jesus was the greatest storyteller of them all. She admits that novel writing differs from the stories she told and helped people tell in Christian education settings. “This is a full departure from my work as a church leader and educator.” She immerses herself in the storytelling craft as a new chapter in life and ministry. Her stories and characters touch people’s lives in different ways, but always where they need it. “People tell me that they feel like they become friends with the characters in my novels.” 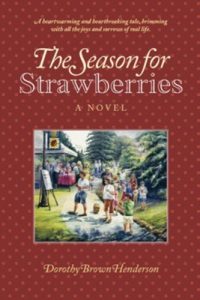 Dorothy has completed two novels, The Season for Strawberries (2017) and its sequel, Happy Are Those (2019). The stories feature a female pastor who explores the relevance of her ministry, the value of community, and themes of happiness and grace amidst struggles in the congregation and the village. “Not many novels feature clergy as main characters, except Updike,” Henderson notes. Yet, those who read her books are surprised that they’re not more “churchy.” Dorothy presents a relatable woman who happens to be a pastor living into life and challenges as a resident of a small town. Community and connections are key themes that resonate with Dorothy’s characters and readers.

In addition to fiction, Dorothy wrote a cookbook that was published in 2014, Loving It Local: Preparing Delicious Local Food. This work grows from the farms and farm-gate markets of rural Ontario. In the cookbook, Dorothy includes a foodie map that marks seventy-five barns in the rural area, highlighting the different foods that are found at each. Recipes in the book tell how to prepare the foods that can be bought directly from the farms.

As winter approaches in rural Ontario, Canada, where Dorothy and her husband reside, she is plotting a third novel to work on through cold and shortened days. It’s not a sequel; rather, this novel centers around a Jewish male protagonist in the small town of London, Ontario. She looks forward to meeting the new characters that will come to inhabit this new work. Her readers look forward to it as well.