A shoot will grow up from the stump of Jesse;

a branch will sprout from his roots.

2 The Lord’s spirit will rest upon him,

a spirit of wisdom and understanding,

a spirit of planning and strength,

a spirit of knowledge and fear of the Lord.

3 He will delight in fearing the Lord.

He won’t judge by appearances,

nor decide by hearsay.

4 He will judge the needy with righteousness,

and decide with equity for those who suffer in the land.

He will strike the violent with the rod of his mouth;

by the breath of his lips he will kill the wicked.

5 Righteousness will be the belt around his hips,

and faithfulness the belt around his waist.

6 The wolf will live with the lamb,

and the leopard will lie down with the young goat;

the calf and the young lion will feed together,

and a little child will lead them.

7 The cow and the bear will graze.

Their young will lie down together,

and a lion will eat straw like an ox.

8 A nursing child will play over the snake’s hole;

toddlers will reach right over the serpent’s den.

9 They won’t harm or destroy anywhere on my holy mountain.

The earth will surely be filled with the knowledge of the Lord,

just as the water covers the sea.

Isaiah prophesied in the 8th century during the reign of several kings. King Jotham, okay. King Ahaz, wicked. King Hezekiah, good. In a sense, it was like a roller coaster ride as the ups and downs of leadership played out in lives of the people of Judah. Not only was there internal turmoil, but foreign countries like Assyria were always threatening. In the midst of the chaos are Isaiah’s cries and prophecies of God’s judgment. Warnings that strike fear even when we read them thousands of years later.

However, God does not leave the people with judgment as the last word. The prophetic voice of Isaiah also proclaims a sign of hope. In its context, this text from Isaiah is clearly a reference to the kingship in the line of David, Jesse was David’s father. This was the revival of a promise the Israelites would instantly recognize and could hold on to for hope despite the ways that kings had alternately been complicit in disobedience and faithful to the laws of the Torah.

God promises a totally righteous king who embodies all the characteristics a king should have and  the peaceful kingdom that is the result, something beyond anyone’s wildest dreams or comprehension. New Testament writers who interpret this passage in light of Jesus, see Jesus as the ultimate righteous king. This is our Christian belief. This is a key passage in Advent as we remember the birth of Christ the righteous king and as we anticipate the second coming of Christ. 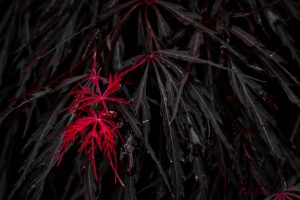 These verses from Isaiah suggest that things aren’t always what they seem. In all aspects of life, possibilities exist even when it doesn’t appear to be so on the surface. No matter how many years have gone by in history, in Christ, there is hope.

Thanks be to God.

Rev. L. British Hyrams is the temporary associate pastor at Trinity Presbyterian Church in Charlotte, NC, and serves on the ADVOCATE Ministry Team.