Advent: What Are We Waiting For? 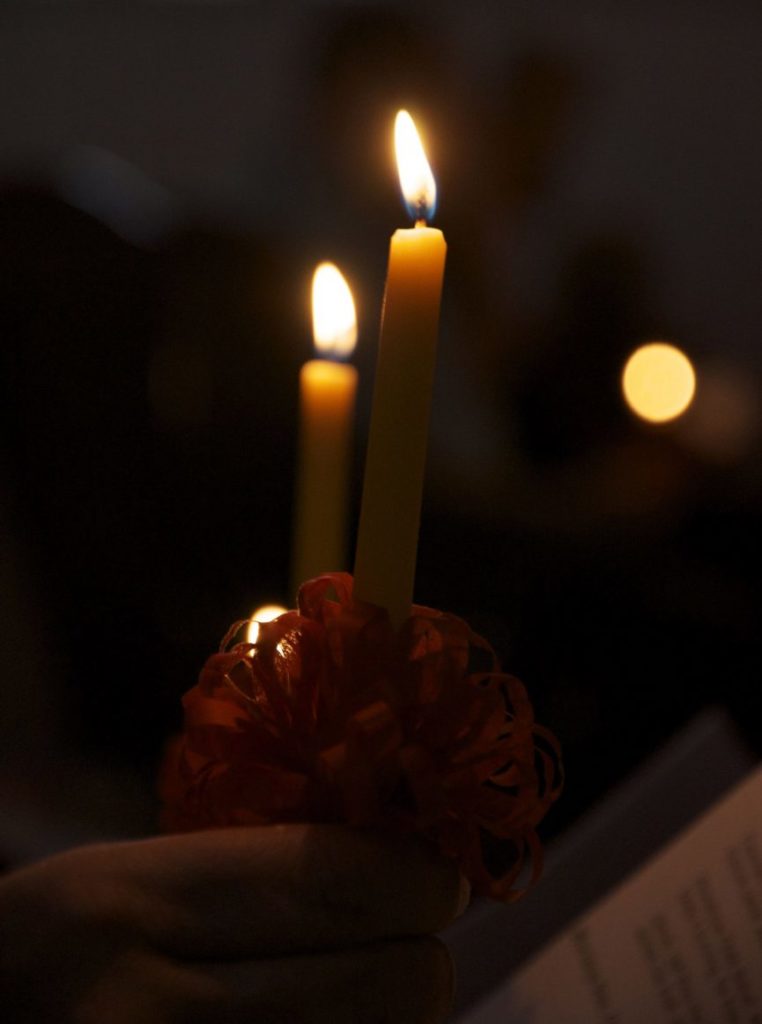 Advent is coming. No, really, Advent means “the coming” from its Latin roots. This begs the question of who is coming. Of course, we are likely to answer, “Jesus,” but here is where it gets complicated. Is this the first coming of baby Jesus, with Mary, Joseph, the shepherds, sheep, and angels, or is this the second coming of the resurrected Christ ready to judge and redeem the world? This also makes us ask the question, if this is the beginning of a new liturgical year or the end of an old one. Let’s look at how the view of Advent has changed over the years within Christianity and then explore some of the rituals often connected with this season.

The first mention of Advent came in the fourth century. It was often a longer season at that time, mirroring our current practice of Lent at six weeks rather than four. When Advent was a six Sunday season, the emphasis was on the parousia or second coming of Christ. It was a season of penitence and preparation for the expected return of Christ at the end of times and perhaps a preparation for baptism. We have remnants of this practice of penitence in the choice of purple as the liturgical color for Advent, similar to Lent. We also see remnants in the readings for the first Sunday in Advents within the Revised Common Lectionary.

As the years passed and the expected return of Christ seemed further away, the emphasis in many churches shifted to viewing this as a recurring time of waiting, leading up to the birth of baby Jesus at Christmas. So, it was viewed more as a time to prepare for the Christmas season rather than as a straightening out of our lives with the immanent expectation that Christ was coming again. With this, it is easy to see why Advent is often viewed as the beginning of the liturgical year, whereas with the older penitential view it was viewed as an ending of the liturgical cycle. Some churches have embraced this change of focus by changing their liturgical colors to blue, representing Mary or the night sky, rather than staying with the purple that mirrors Lent.

The Eastern Orthodox Church still celebrates a longer Advent season, usually beginning around November 15. The Advent Project is a movement within the Episcopal church to reclaim the older and longer version of Advent. You are welcome to explore their website and decide for yourself whether you believe we’re waiting for the first coming or second coming of Jesus Christ, or if it possible to acknowledge both traditions. Now, let’s explore some of the common rituals associated with Advent.

Advent wreaths and calendars are two practices commonly used to mark this period of waiting and preparation. There may be others uniquely chosen by your congregation, like an Advent devotional book or a “Hanging of the Greens” service, but these are beyond the scope of this article. I served a church at one time that had a yearly Advent Workshop with stations of activities to prepare families for the coming season. Often these include craft stations. We did either Jesse Tree ornaments or nativity sets during the years I served there. 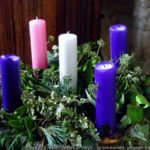 Candles are an important symbol of Advent as it is celebrated at the darkest time of year, at least in the Northern hemisphere. The tradition of wreaths seems to come from Northern Europe, a locate that was especially dark in December. The circular shape symbolizes the nature of life that is ongoing and continues with each new generation. Candles mirror the liturgical colors mentioned above, so they are either purple or blue, with often a white Christ candle in the center that is lit on Christmas eve.

Now, I know what you’re thinking—what’s up with the one pink candle in churches that choose purple for their liturgical color? People often think this candle is associated with “love” and is lit on the fourth Sunday of Advent, but actually most often it is associated with “joy” and lit on the third Sunday. It is called the Shepherds’ candle and marks the move from repentance to celebration. So perhaps the third Sunday in Advent should really be considered the beginning of the new liturgical year.

“Hope,” “peace,” “joy,” and “love” are the words used in contemporary practices of Advent wreath lighting that are often associated with each of these candles. They can be beneficial when walking with children through the Advent season to explain different ways of waiting and preparing for Christ.

Growing up, I often had a paper calendar with little doors that I could open beginning on December first. 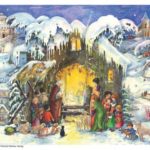 Each door revealed a Scripture reference or symbol related to the nativity story. I remember looking forward with anticipation to see what each day’s door would hold. The Advent calendar is a much more recent tradition than Advent wreaths, arising in the late 1800’s in Germany.

I wonder how you will choose to engage this Advent season as we answer the question together for what or whom we are waiting.