Clouds of Witnesses Blown by the Spirit 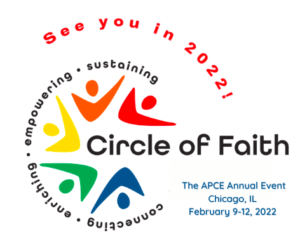 Almost a year ago, in an Advocate article titled, “The Role of Advocacy for Educators in the PC(USA),” I wrote:

Advocacy is something you do until what matters – what is flawed or broken or unjust or simply “not right” – is changed or turned or shaped into something new. That something might not be the perfect new thing, not yet, but it’s a step in the right direction, or in a direction. Advocacy is a chipping away at what matters until the whole new thing begins to appear, one new, smooth limb at a time.

Think of this as installment two, an addition that represents the “chipping away” that continues to enliven imagination for the future of leadership in the PC(USA). Meet four Christian educators whom God called to further preparation and exploration and renewed commitment to fresh avenues of ministry. Where there’s God’s will, there’s a way.

John W. Johnson pursued his call to the Ministry of Word and Sacrament after 21 years of ministry in Christian education, mostly in youth ministry. “Through prayer and discernment, I was certain that I was being called into the ordained ministry, and discovered a program at San Francisco Theological Seminary (SFTS) that recognized my degree from the Presbyterian School of Christian Education (PSCE) and provided a path to the Master of Divinity Degree.” Two summers at SFTS, including meeting the language requirements while working, led to an MDiv and subsequent ordination in 2000.

After 13 years as a DCE in PC(USA) churches, Debbie Hough followed a call to seminary in the fall of 1992. With credits from her MA in Christian Education from PSCE, she completed her MDiv in the spring of 1994, including all the steps in the ordination process but one. “I only had  . . . to be certified ready to receive a call. My career canoe had been in this ordination stream and no obstacles or waterfalls had stopped my relatively easy journey, except one – my gut-voice of God was absent. In its place was a feeling of being strangled. It took some discernment, but once I made the decision that this ordination was not for me, the sense of peace was overwhelming. My call was still to educational ministry, not Word and Sacrament.” Key in Debbie’s journey and her decision was her ordination as a Ruling Elder at the age of twenty-two, an ordination that offered her leadership options in the wider church that many Christian educators do not have. This is an ordination door Debbie, and many others, pray the church might open.

Cathy Hoop’s story is more recent, and more convoluted. Working part-time as a director of children’s ministry led her to the Extended Campus MA program in Christian Education at Union Presbyterian Seminary in Richmond VA. All but a congregational internship short of completing the degree, Cathy found her work in her congregation expanding, as well as her choices. Despite inclusion and empowerment of expanded ministry roles, she longed for access to participation in higher councils and leadership, and for an ordination for educational ministry. She chose to complete an MDiv at Vanderbilt Divinity School —  two full years of seminary including summers, and two field placements — all while continuing to work in children’s ministries.

The church needs visionary, vital, creative leadership for these challenging and changing times. No matter how God calls, and where God leads, imaginative congregations and presbyteries and Christian educators must work together to equip all God’s people with a courageous, living faith. It is not a matter of searching for models and following paths fashioned by others, although that can productively spark ideas and stimulate imaginations. It is more a matter of discerning and claiming God’s gifts, serving and loving fiercely, and opening oneself to the new thing the Spirit of God is doing in the church. How will Christian Educators, Ruling Elders, and Ministers of Word and Sacrament shape the ordered ministry of the church in years to come? What part will you play as you stand with outstretched arms, catching the wind of the Spirit?

To hear a recording of this article featuring Joyce MacKichan Walker click HERE. 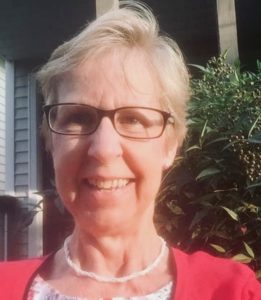