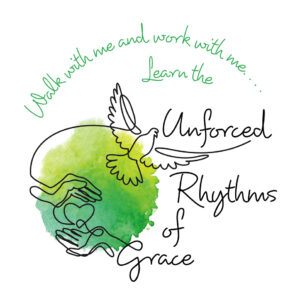 My name is Michael W. Waters.

I am deeply grateful for the opportunity to speak at the 2023 APCE Annual Event. I am especially grateful to be able to share with you in Birmingham, Alabama, a place of deep personal meaning and inspiration for me. I have traveled to Birmingham many times over many years, having led numerous groups across the Deep South as a part of my civil rights pilgrimages to cities and sites significant to the American Civil Rights Movement. I have also been honored to introduce these pilgrims to such towering figures as the late Amelia Boynton Robinson, a leader in the Selma Voting Rights Movement; Ambassador Andrew Young, a lieutenant to Dr. Martin Luther King, Jr. in the Southern Christian Leadership Conference, later, a mayor of Atlanta and U.S. Ambassador to the United Nations;  Sarah Collins Rudolph, the fifth little girl in the September 15, 1963, bombing of the Sixteenth Street Baptist Church in Birmingham; and many more. I have carried groups to stand upon the bridge where the body of Emmett Till was tossed off into the river, as well as the place where his body was found a few miles down the road. I have stood with groups at the Jackson, Mississippi, home of Medgar Evers, where tainted stains from pools of his blood are still visible on the pavement, and I have marched arm and arm with others across the Edmund Pettus bridge. 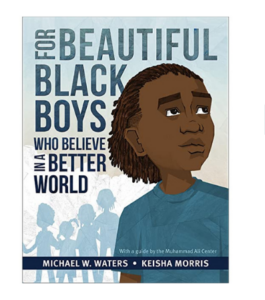 In my daily life, I wear several hats. I am the founder and lead pastor of a young, urban congregation. I am an adjunct seminary professor and executive board member. I am a community leader and activist who has served on the frontlines of the movement, and, in so doing, I have submitted myself to arrest. I am a national award-winning author of non-fiction and children’s books, and I have appeared on numerous major national and international media broadcasts and in print for numerous major periodicals. I have had the honor of addressing groups nationally and internationally as a speaker, and I serve as co-founder and principal of a racial equity firm working with congregations, organizations, corporations, and schools across the nation. I presently serve as the vice chair of the board of Foot Soldiers Park and Educational Center in Selma, Alabama, whose mission is to “preserve and memorialize the Civil Rights history of Selma .  . . and prepare the next generation of activists to continue the fight against racial injustice and voter suppression.”

Most of all, I am the husband of Yulise. Together, we are the proud parents of four children. As a point of vocation, I have long discerned a unique calling to help people uncover the truth about our history so to be empowered change agents of the present for creating a more just and equitable future.

The theme of this year’s annual event is “Unforced Rhythms of Grace.” When I first heard this theme and its Matthean scriptural accompaniment, wherein Jesus says, “Walk with me and work with me—watch how I do it. Learn the unforced rhythms of grace. I won’t lay anything heavy or ill-fitting on you,” I immediately thought to Bishop Calvin Woods, a man I first met in Birmingham nearly twenty years ago. Bishop Woods was a key member and active participant in the Birmingham civil rights struggle in the 1950’s and 1960’s. He also served as a driver for the Reverend Dr. Martin Luther King, Jr. Earlier this year, at the age of eighty-eight, he retired from this service as the president of the Birmingham chapter of the Southern Christian Leadership Conference. For his efforts, he was arrested, beaten, and shot at, but he never wavered in his commitment to fight for freedom.

As I dined with Bishop Woods and a group of civil rights pilgrims in Birmingham, Alabama many years ago, I inquired of Bishop Woods about what enabled him to continue to move forward in the face of so much opposition, so many threats and unspeakable tragedies. What he uttered in response immediately became one of my life’s mottos. Bishop Woods turned to me, looked at me squarely in the eyes, and stated, “You have to learn how to bend without breaking.”

As ministry leaders, over the last few years especially, we have been confronted with unprecedented challenges, and we have experienced some of the greatest losses in our lifetimes. In many ways, these challenges have been compounded, from COVID-19 and threats of recession, to mass shootings and acts of fatal police violence, with all seemingly happening at the same time. How is it possible to serve and to serve well and not break or fold amid such myriad horrors?

In his own way, I believe Jesus has spoken to us words that now echo through the wisdom of Bishop Woods; we must learn to bend without breaking. There is a certain unforced rhythm or pace that emerges when heeding these words, and I am looking forward to further unpacking this theme with each one of you who will be attending the APCE Annual Event this January.

It is my sincere hope that all who will attend any event that I  lead will find themselves enlightened by the truth of our collective history, empowered to be change agents in the spaces and places that they now serve, and inspired to help create a more just and equitable future for all of God’s children. I look forward to renewing my commitment to the same alongside each one of you.

Together, let us manifest hope in the world.

See you in Birmingham! 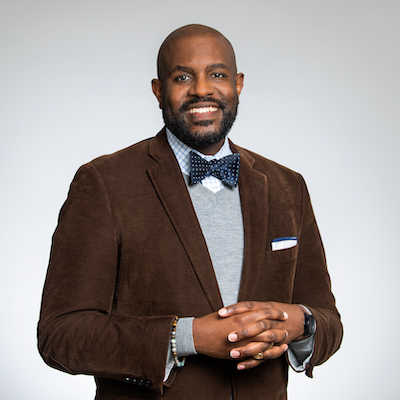 is the founding pastor of Abundant Life A.M.E. Church in Dallas, Texas. A pastor, professor, author, activist, and social commentator, Waters’ words of hope and empowerment inspire national and international audiences. He has appeared on major media broadcasts including ABC Nightline, BBC Newsnight, CBS This Morning, MSNBC Live, NPR, PBS Newshour, and VICE on HBO. He has also been featured or mentioned in/on The Associated Press, The Christian Century, Ebony Magazine, Essence Magazine, GQ Magazine, The Los Angeles Times, The New York Times, The Today Show, and The Washington Post. Waters’ non-fiction and children’s books have garnered national literary awards, and his leadership efforts have garnered commendations from The White House and the U.S. House of Representatives. He has been further honored with Southern Methodist University’s Distinguished Alumni Emerging Leader Award. Waters is married to Attorney Yulise Reaves Waters. They are the proud parents of four children.